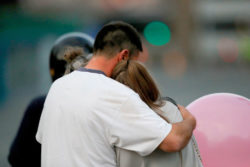 An independent review into Greater Manchester’s preparedness and response to the Manchester Arena attack will be chaired by Lord Kerslake.

Lord Kerslake is currently Chair of King’s College Hospital NHS Foundation Trust in London and was previously Head of the Civil Service and Permanent Secretary at the Department for Communities and Local Government.

The Mayor has committed to carrying out an open, honest and independent review that puts the families of the victims and all those injured and affected at the forefront.

He said: “It is now over two months since the horrific terror attack at the Manchester Arena that claimed the lives of 22 innocent people and deeply affected so many others. We are all still coming to terms with the enormity of what happened. But we all continue to take great comfort and hope from the response of the people of Greater Manchester, who have shown great strength and unity.

“This atrocious attack on our city was an unprecedented incident. The bravery and professionalism shown by the emergency services and many others that night was outstanding. The leaders of our public services had run planning exercises only weeks before the attack and, thanks to their actions, our city was ready to respond.

“But, as with any major incident, it is right to take an honest look at what happened so that the right lessons can be learned for the future and this review will help us be even better prepared in the future and allow us to share our learning with other parts of the country.

“It’s great to have someone of Lord Kerslake’s stature and considerable experience to carry out this important review.”

The review is expected to get underway in September 2017 once individual organisations have carried out their own reviews and debriefs.

Baroness Beverley Hughes, Deputy Mayor for Policing and Crime, will lead the review on behalf of the Mayor, and it will be supported by the National College of Policing and the Greater Manchester Resilience Forum.

Baroness Hughes said: “I would like to offer our sincere thanks to Lord Kerslake for chairing this review – we are very grateful that Greater Manchester and beyond will benefit from his experience and knowledge. Lord Kerslake’s first task will be to review the scope of the review but the process will be independent, transparent and inclusive.

“The enormity and complexity of the response by emergency services and volunteers on May 22 has been widely acclaimed and has shown the resilience and strength of our city region. To help keep our communities safe in the future, we need to learn lessons from the incident to improve how prepared and resilient we are. The review will look at what went well and what could have been improved. It will include responders but also those who were caught up in the attack and have been most affected by it.

“Those affected remain the priority and the families of those who lost their lives, the injured and people who were at the arena that night will all be given the opportunity to feed into this review.”

From 2008 to 2010 he was Chief Executive of the Homes and Communities Agency, and in September 2010 he was appointed Permanent Secretary of the Department for Communities and Local Government. He was also Head of the Civil Service from January 2012 until September 2014.

Lord Kerslake said: “I want the families of those who have died, those who were injured, the emergency services, and the wider public to be confident that the review will be independent, transparent and rigorous. I am committed to working with all the relevant people and organisations to ensure this is the case.”

The families of those killed and seriously injured are receiving specialist support but if you have been affected by the attack, help and practical support is available. Contact the Victim Support charity on 0808 168 9111 or visit gmvictims.org.uk