Community cohesion to be strengthened across Greater Manchester 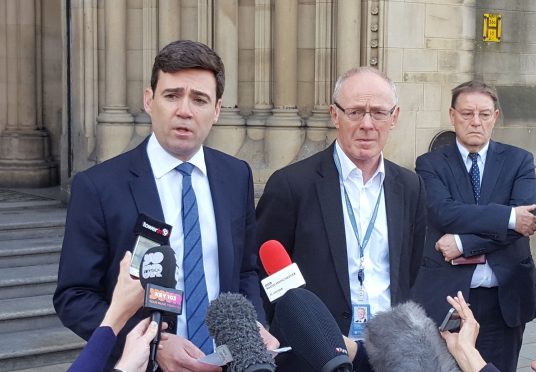 ONE month on from the tragic arena attack Mayor of Greater Manchester Andy Burnham has announced a review into the way extremism is tackled in the region.

The review will look into the work being undertaken to tackle and confront all forms of violent extremism to ensure residents across Greater Manchester as protected.

Andy said: “As Mayor, I couldn’t be more proud of how our community responded. In the worst of times, you see the best of people, and in the last month we have seen the best of Greater Manchester, which has shown the world how strong and united we are.

“As we move forward we need to look open and honestly at the response so we learn lessons and through that improve the safety of our communities. I have committed to an independent review on this.

“We also need to begin a difficult conversation about what more we can do to tackle the rise in extremism, which sadly has become a feature of our times and is found in all our communities.

“Tackling extremism has got to begin with families and communities. We need to ask what more we can do to identify those who pose a risk to others. Prevent has achieved some success, but it needs more grassroots involvement.”

Councillor Rishi Shori, Leader of Bury Council and GMCA lead for young people and social cohesion, will lead a review together with Councillor Jean Stretton, Leader of Oldham Council.

Rishi said: “There is a real sense of togetherness and solidarity across Greater Manchester and we need to build on this to make our communities safer. We need to tackle extremism in all its forms and from wherever it comes from.

“Protecting our residents from extremism cannot just be left just to the state, it needs to happen with our communities. We need to work in the heart of our communities with families, as they are best placed to identify the early indicators and warnings of potential signs of extremism.

“Tackling this is the responsibility of everyone. We all need to look out for and challenge behaviour that is unacceptable. We will seek to develop clear protocols of how to report this.

“We want to prevent radicalisation and this new collaborative approach across Greater Manchester should help stop the alienation that can be created through the Prevent strategy.”

The findings of the review are expected to be published in early 2018.

An update has also been given by Beverley Hughes, Deputy Mayor for Policing and Crime, on the independent review into Manchester’s preparedness and response to the tragic attack.

Beverley said: “The events on May 22 were unprecedented. The massive, complex response to the devastating attack from services and volunteers has been widely acclaimed and has shown the resilience and strength of our city region.

“If we are to keep our communities safe in the future, we need to learn lessons from incidents to improve how prepared and resilient we are. The independent review will look at what went well and what could have been improved.

“The review will be open, honest and transparent, and will feature not only responders, but also those who were caught up in the attack and have been most affected by it.

“The review will start after other agencies have completed their own reviews, but I expect it to begin in September 2017, with the final report to be published in early 2018.”